DISCUSSION QUESTIONS: What do you see as the current state of LGBTQ affairs within the retailing industry? Do you find the business case for extending employer-provided benefits to LGBTQ employees, their partners and families compelling?

Kudos to those retailers who have stepped up to the plate on this. I believe this will make the retail industry one that those who happen to be in the LGBTQ community feel welcomed in and accommodated by. It will also go a long way in positioning Walmart and Kroger as being progressive in a very positive way. I say that as Kroger and Walmart, especially, have stores located in some rural and very conservative areas of the country and will hopefully do quite a bit to have their fellow citizens wake up to the fact that the LGBTQ community is not going away and that they should be treated fairly in every way possible. Although some corporations have adopted this policy in other sectors of business, I am proud of what these retailers have done and they should be called out for their efforts. 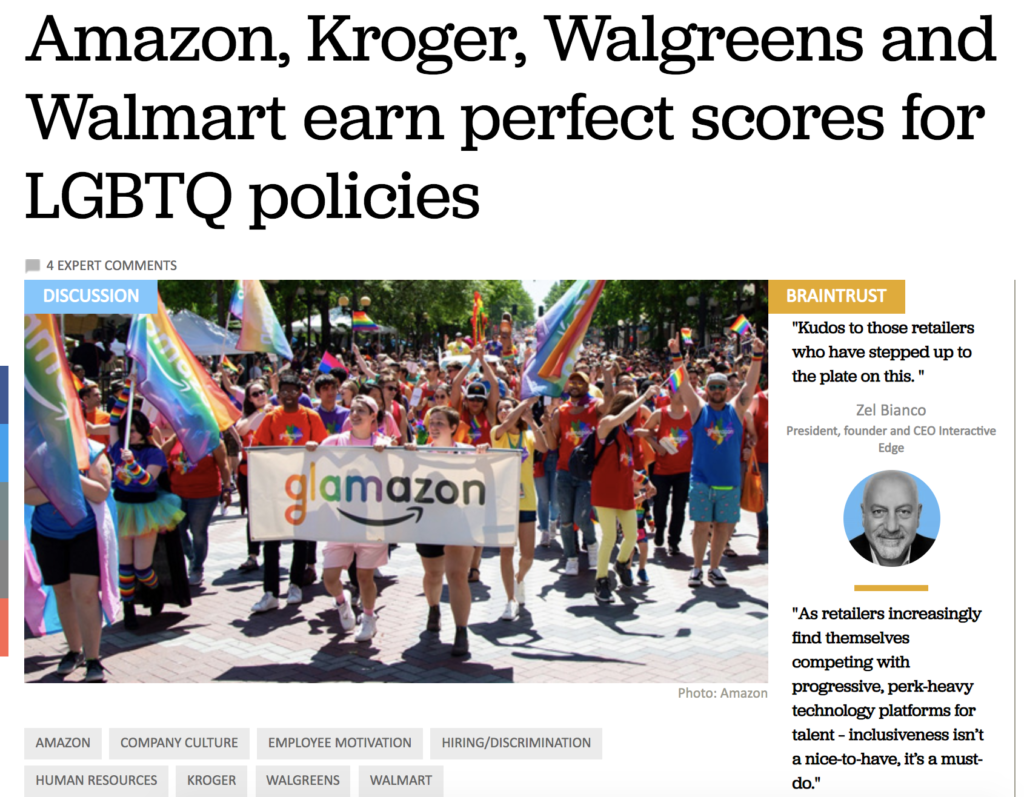 DISCUSSION QUESTIONS: As retailers and brands open more localized, community-driven stores, how will they scale the experiences to the rest of their store fleets? What is the right mix of store formats and sizes retailers should Read more…

Will technology even the last-mile playing field with Amazon?

DISCUSSION QUESTIONS: Do you see machine learning or other technologies helping competitors, large and small, catch up to Amazon in logistics and last-mile delivery? What do you think of Deliverr’s solution? Interactive Edge’s CEO, Zel Read more…

Will the FTC redefine anticompetitive behavior after its big tech acquisition inquiry?